Below we’ve outlined a little about ourselves and our approach in bringing Holy Land: Resistance from the vaults of our minds to the page – and to you, the prospective reader.

Find out more about Holy Land: Resistance, including background information, notes on style and tone, and the promotional blurb. Or contact Christophe and Simon here.

Christophe wrote the original screenplay upon which Holy Land: Resistance is based in 2005 as his final project for his degree in English & Creative Arts at Portsmouth University. It is a story which refuses to let go of him. 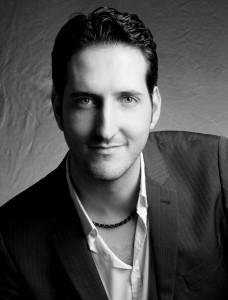 He has since written two stage-plays and several novels, as well as working as a freelance writer, copywriter and design agency director, actor, theatre producer/director, musician, and writing and performance workshop teacher.

He is also a volunteer International Relations Officer for Hastings Round Table and former Creative Director for their Hastings Beer & Music Festival and Battle of Hastings Proms, and Area Chairman of Round Table Area 2.

In 2008, he completed a MA in Professional Writing (major: Novel Writing) from University College Falmouth.

As a writer, Christophe is fascinated by the systems of power, rhetoric of fear and manipulation of events for political ends, and corruption of faith into fundamentalism commonly found, on whichever scale you choose to look, throughout our daily lives. It is the strength and courage of normal people in the face of adversity, contrasted with the alien (to them) worlds of politics and the upper echelons of religions, which he finds most inspiring – and ripe for storytelling.

He sees Holy Land: Resistance as a plausible deconstruction of all these things, coupled with an exploration of the very human need for liberty and hope.

Simon works primarily as a freelance portraiture artist as well as designing theatre show posters, although he has previously worked as a professional actor. 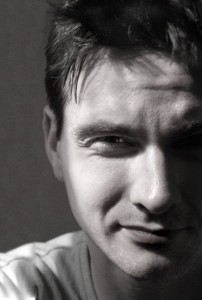 His love of graphic novels stretches back as far as he can remember – from The Beano, Dennis the Menace and Babyface Finlayson as a child to Judge Dredd, Slaine: The Horned God and Arkham Asylum as an adult.

It is with this huge breadth of skill and inspiration behind him that he approaches illustrating Holy Land: Resistance.

He has long sought to work in collaboration with a writer, and sees Holy Land: Resistance as a perfect way to create a landscape which is realistic but not photographic, where image and word work in harmony to tell the story in an original, impactful and memorable way.

In particular, he strives to emulate the likes of Simon Bisley and Dave McKean in creating a visual style in which characters convey emotion without the need for too much speech or exposition and where the graphic style itself is an essential storytelling tool.

When first reading Christophe’s script for Holy Land: Resistance, Simon could see its potential as a graphic novel on so many levels, particularly in its mature portrayal of the mechanics of religion – critiquing its corruption by cynical minds, while celebrating its inspiration for the truly faithful – and in the interplay of hierarchical rivalries within The Path and the Magdalenes: two diametrically opposed standpoints, beset by the same problems.  Most of all, Simon sees it not as an atheist’s bedtime story; but a wake-up call. And one that he feels inspired in bringing to life.

While Holy Land: Resistance is our first graphic novel collaboration, the process has proved extremely intuitive.

Taking Christophe’s 2005 screenplay Holy Land: Protectors of the Faith as a starting point, we first discussed themes, characterisation, setting, back story, plot progression and flow, and began developing a visual style through which we could best explore the subject matter, express the narrative, and create an imaginative, plausible and memorable landscape for the story. Simon then began drafting the conceptual artwork.

Our next step was to storyboard the Prologue, developing the progression of the plot in sketch form. This gave us the opportunity to explore the graphic medium in detail through panel design, size, positioning, splash pages, speech bubbles, exposition, sound effects and visual motifs.

Since then, the creation and further development of Holy Land: Resistance has been productive and enjoyable, seeing the story come to life with fluidity, subtlety and depth. Early indications from test audiences and readers have proved extremely positive.

We would like to thank all our friends and family for their support of Holy Land: Resistance. As with all creative endeavours, it wouldn’t be possible without their kind support and encouragement.

In particular, thank you to everyone who has lent their likeness to a character in the novel and who have been happy to work with us in getting the shots we need. Thank you also to the mentors of the original screenplay, Sam North and Alison Habens, for their expert guidance and insights in crafting the story, and to everyone who has read and given feedback. Thank you too to Pete Mason for his help in setting up the websites and emails.

Last (but not least), thank you to our fans – that’s everyone who, without a personal connection to the project, has lent their feedback, views and insights into all aspects of the novel, given us encouragement, helped us hone the novel into the book they want, contributed to crowd-sourcing questions, and generally helped to spread the word and raise the profile of Holy Land: Resistance. We salute you.

We are working from a full script and are ready to bring the project to completion – and to readers.

For Holy Land: Resistance to reach its intended audience – and be the commercial and critical success we believe it will be – we need a literary agent to champion the piece to publishers, or a publishing house to bring it to print and distribution.

If you are a literary agent or publisher and would like to help, we have developed specimen chapters and a synopsis, as well as full character biographies, conceptual artwork, background materials, chapter breakdowns, a chronology – and of course, online promotion starting with this website and continuing with popular Facebook and Twitter sites, as well as a strong presence on graphic novel fan sites and forums.

We would be happy to send our written materials and sample chapters upon request.